Our family vacation for the summer of 2007 was a week of backpacking in the Tetons, more specifically we were able to get a permit for the Grand Teton circuit, which circumnavigates the Grand Teton in Teton National Park.

As with all trips to the east, we got up early, packed the plane and left soon after dawn.  The kids know the drill and although they grumble a little, they are surprisingly good about getting up that early.  My wife and I took a scale to the airport, and we weighed all the packs that went into the plane, and even went so far as to put duct tape on the packs with the weight.  Of course, I normally don’t do this, but when its a full load its important to not overload the plane, and also to not get much of the weight too far back in the plane.

The trip out was smooth with no weather, which is always appreciated when I’m flying with my family.  My wife is a nervous flyer, and that makes me a little nervous, so it is always best when NOTHING goes wrong.

We made a smooth touchdown in Jackson Hole and immediately noticed that a large blue 757 was sitting on the ramp with black SUV sitting next to it.  Airforce Two!  Cheney must be in town!  Although we heard later that it was only Cheney’s wife.  I had no idea she got to use Airforce Two when Dick wasn’t using it.  Wow.

The trickiest part about flying yourself around is ground transportation.  Even though we would be gone for six days backpacking, it was cheaper to rent a car for the entire time than  it was to get use shuttles, taxis and part time car rental.  But what a waste to leave a rental car sit for six days.

The trip was spectacular: 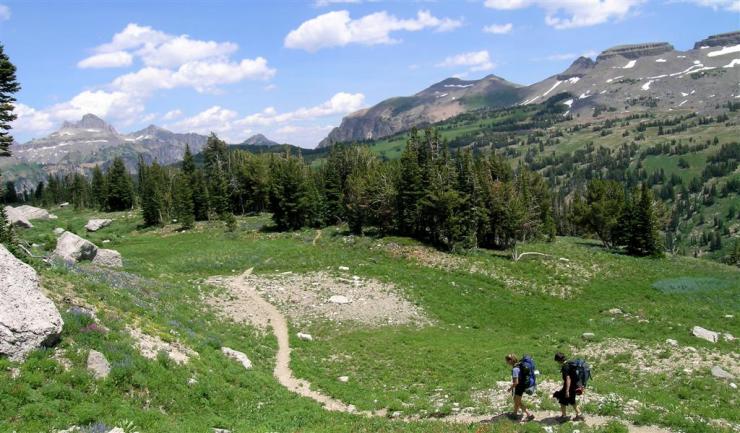 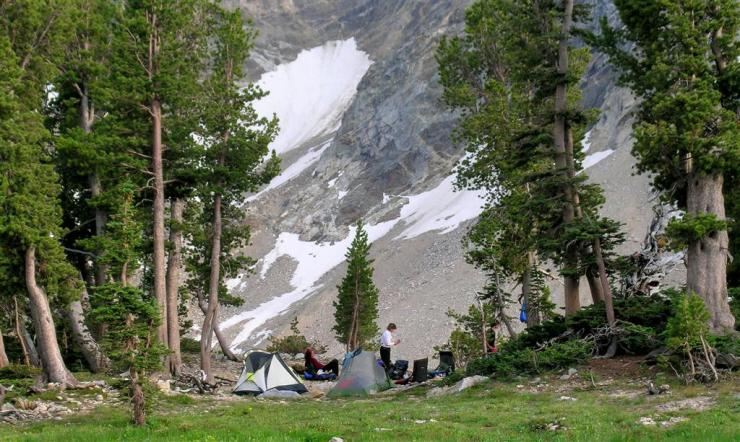 A moose in the middle of the night that I didn’t a photo of.

And finally a snap roll on the way back to wake my kids up.  (not really)