It is the beginning of December and the days are short.  I wanted to head out to Escalante on Tuesday but I was working on my landing lights and was going to run out of daylight (which I wanted for landing), so I flew out on Wednesday.   Even then I ran out of daylight because I wanted to wake up with the sun at the Devil’s Garden, an area of hoodoos and arches in the Grand Staircase National Monument and I would have to ride my bike there from Escalante airport to get there.

I landed and then rode the 12 miles or so down the gravel Hole In The Rock road and made it to Devil’s Garden right when the sky went to black and the temperature plummeted below freezing.  I made a quick dinner and jumped into bed, pulled the down sleeping bag hood over my head and settled in with my Kindle.  Perfect…

Until I noticed my hip was fully on the ground.  Hmm.  I blew up my air mattress again (A Big Agnes) and within 20 minutes I was back on the ground.  Such a little leak.  Such big consequences.  It was in the low 20s that night and my quart size water bottles froze.  So

did I.  I had a big down jacket and I tried to curl up and sleep on top of it, but that didn’t work.  Not even close. About 1 or 2 in the morning I decided since I wasn’t sleeping anyway I should just blow up the mattress every 20 minutes.  It was truly miserable and I even almost knocked myself out on a cement picnic table I was laying next to when I got up one time to blow up the mattress.  Geesh.

Fortunately when the sun came up it warmed up pretty quickly, and I was able to walk around during the sunrise (with hot coffee!!) and get some decent photos.  It is really a fantastic place and I was disappointed that in just a few days (on Monday), our president would reduce the size of this national monument.

After the sun was high in the sky and coffee cold, I got on my bike and rode to the Zebra slot canyon trailhead.  I was surprised that on a weekday in December that there were 3 or 4 cars in the parking lot, and the people I saw were equally surprised that there was some nut on a bike with a full backpack.  I ditched the bike and pack behind a tree and made the trek out to both Zebra and Tunnel slot canyons.  I met a Swiss couple on the way and we hiked together, talking a little polite politics on the way. 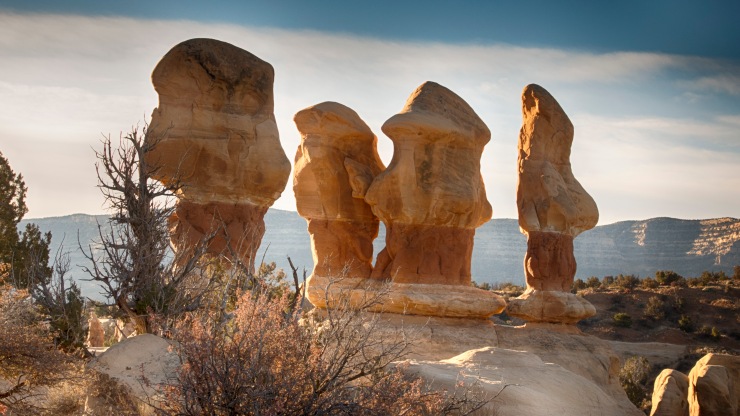 The short days again became a concern and I was exhausted after no sleep, hiking and riding a bike with a full backpack.  I was extremely happy to get back to the airport before the sun went down where I immediately made a nice warm fire in the firepit and opened a bottle of wine.  I had actually brought a larger, thicker foam/air sleeping pad for the airport so that night was indeed perfect. 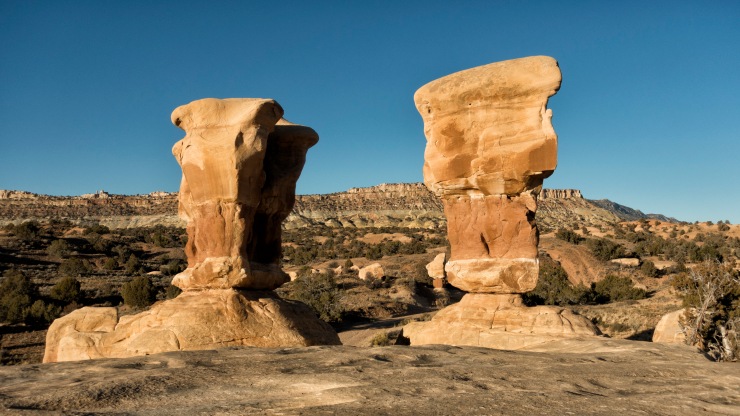 The Escalante airport has a fantastic camping area, complete with a shelter, water, electricity, a grill/stove and a microwave.  Up the hill a little is a keeper’s house with a room sequestered off that has an “airport lounge” and hot shower.  There is even a courtesy car, so you don’t have to be that nut with a bike and backpack, although I don’t know if you can take the courtesy car down Hole In the Rock Road.  There is also a shuttle service and car rental in town, and they will pick you up at the airport.

Truly an amazing place and a very special place to be able to fly to. 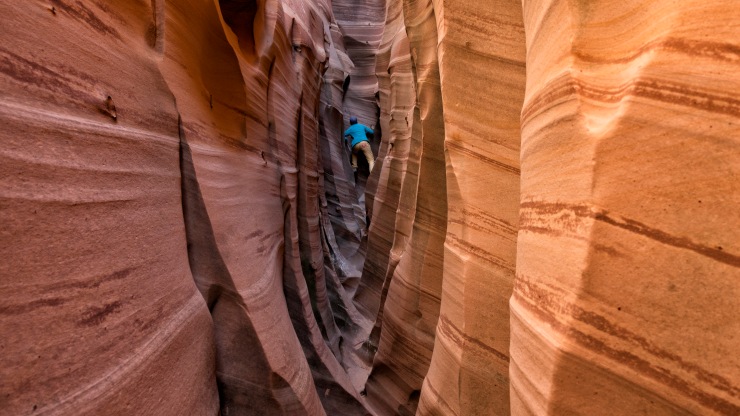 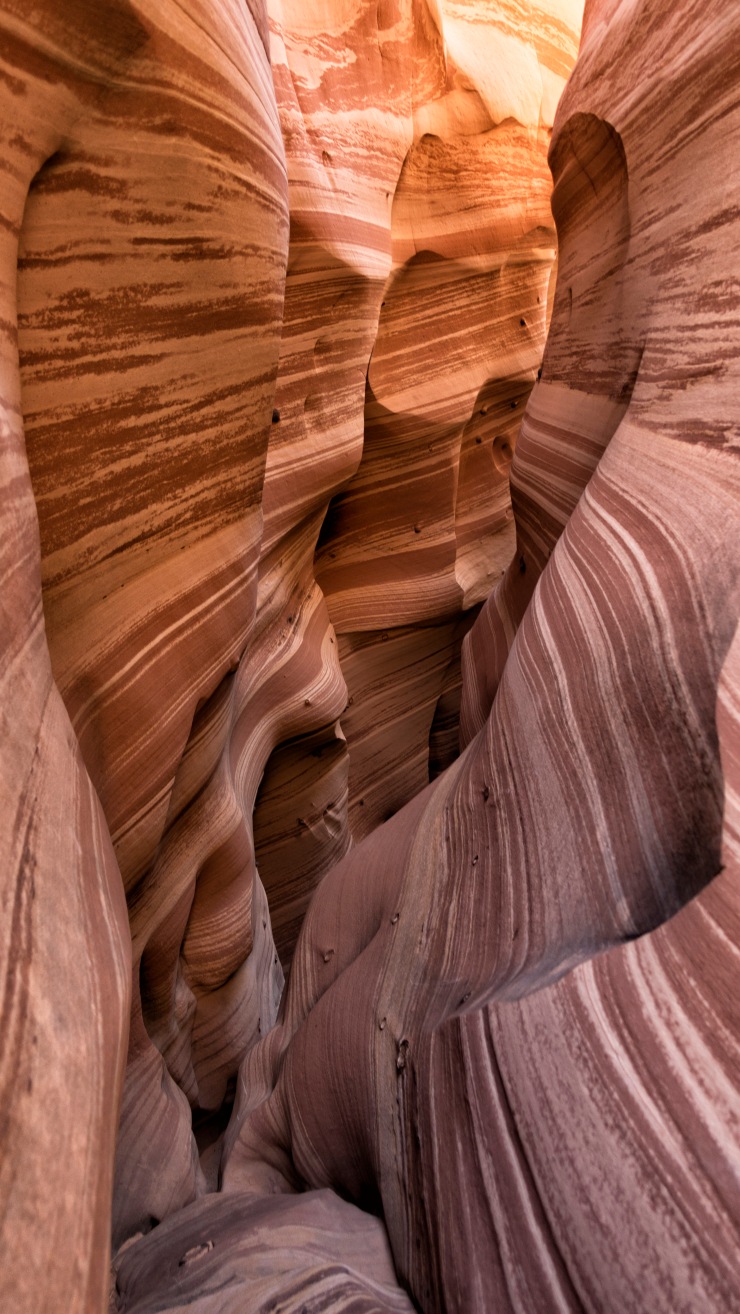 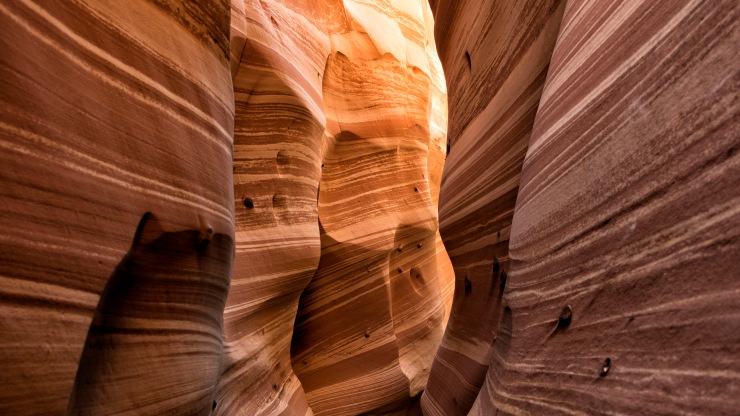 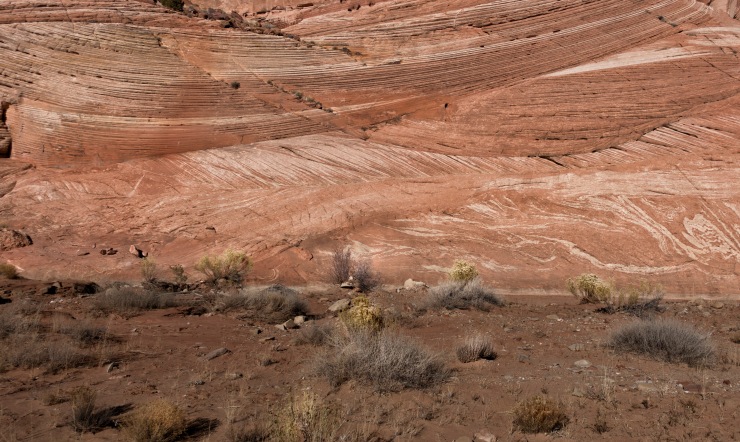 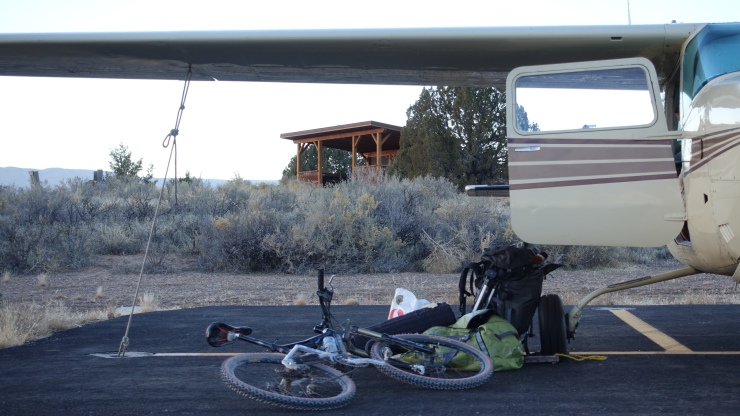