I had a business trip to Visalia California and then over to Arizona for another meeting with a client.  I noticed the route from Visalia to Prescott Arizona took me almost straight over Mt. Whitney, if I elected to do that.  Usually winds, weather or just the general thought of having to land anywhere near Mt. Whitney would cause me to fly somewhere else (like Mammoth Pass, and then south).

But the winds were light, the weather was good and I was alone, so the only life I was putting at risk was my own (and really, engine failure is very, very rare – most accidents are the result of pilot error, running out gas, etc.).  So off I went over Whitney.  It was a fantastic flight and the lighting was great.  I’m not sure what this mountain is, and some day I’m going to look on a topo and find it: 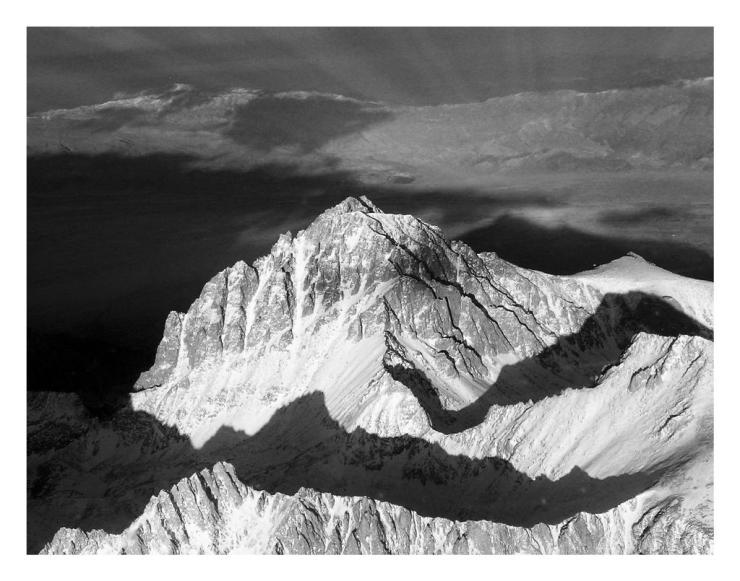 Then it was over the top of Whitney.  It was late in the day, and also very cold, so you can’t see anyone on top, and if there is anyone up there they are probably inside the Sierra Club hut. 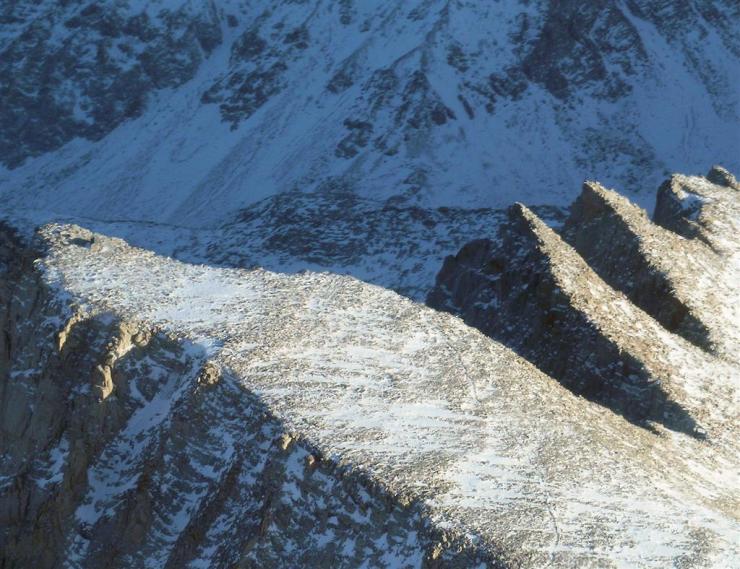 One of the gullies (the largest one) that you can see on the lower left is the Mountaineer’s Route, a 3rd class gully you can do without a rope, although from this angle it looks terrifying.